Dennis Bailey – Suspense-filled, action-packed adventures with a touch of the Divine.

The Boy Who Cried Christmas 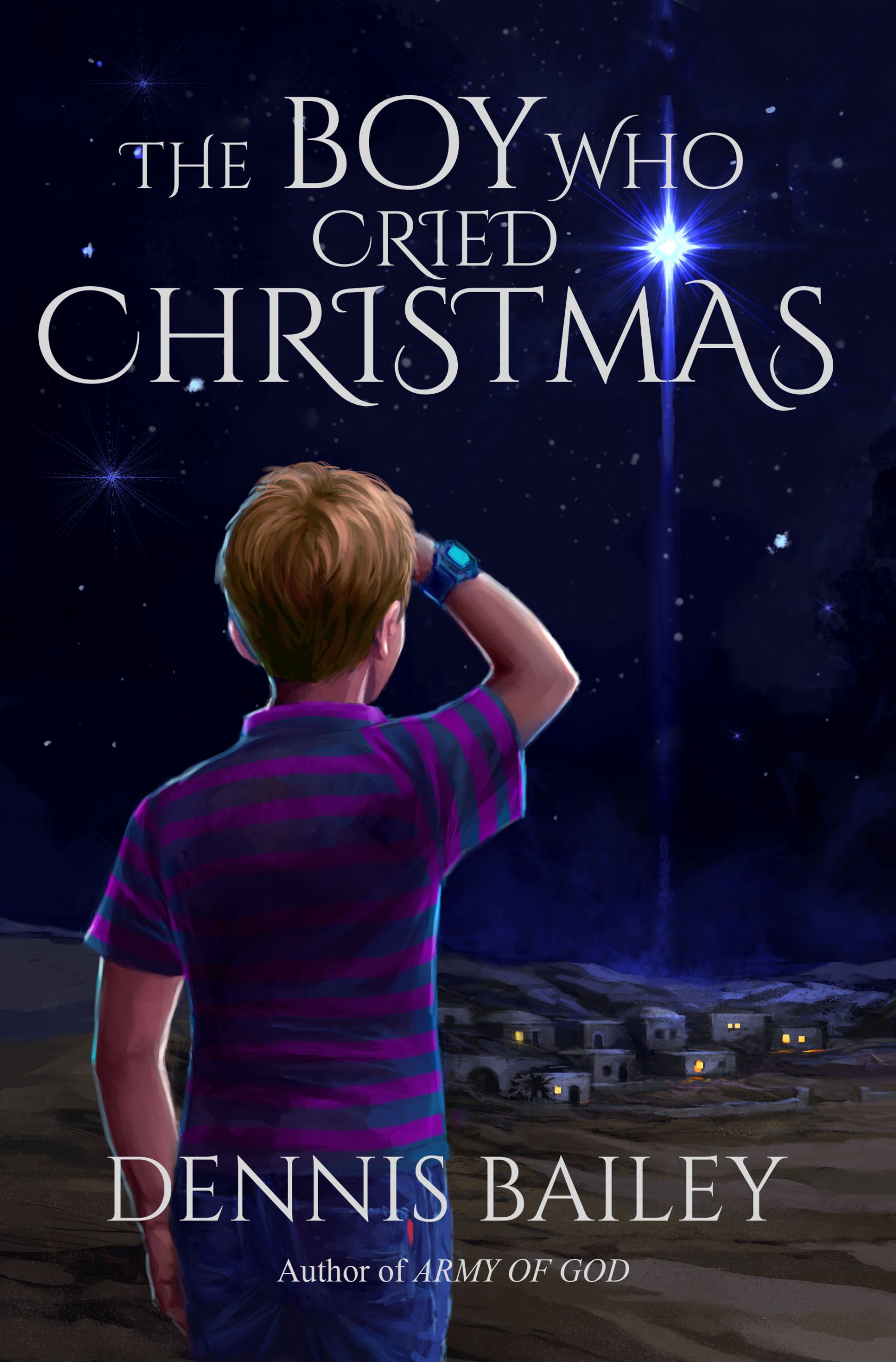 9-year-old Logan Ailshie, the only son of well-to-do parents, was used to getting his way, especially during the holidays. For him, Christmas wasn’t just about making a list, but making sure it was long enough. He also had a reputation for embellishing the truth. That is until a chance meeting with an angel on the streets of Manhattan ends with a journey back in time to the birthplace of Christianity. Eventually, he makes his way home with a story that could change all their lives.

He only has one problem . . . no one will believe him. What Readers Are Saying

Bailey reaches deep into the heart of the reader to show the true meaning of Christmas."

This is a Christmas story unlike no other. Yes, it's a Christian theme, but the action in both New York City and ancient Israel will keep readers captivated through to the book's stunning conclusion."

The Boy Who Cried Christmas by Dennis Bailey is a delightful Christian tale that will entertain believers of every age. Brilliantly portrayed, the captivating imagery of the settings enhances the plot and storyline." A plot by a rival to kill Noah and his family is thwarted by a beautiful young woman, who joins them as they flee the ancient Biblical city of Eden. A year later, the Lord reveals His plan to destroy the earth by flood and commands Noah to build an ark. Only the news is met with skepticism and opposition from members of his own family. Eventually, word of the ark reaches Eden, prompting the rival to send an army of five thousand men to destroy it.

However, Noah has an army of his own.

Action, adventure, and suspense combine with the Biblical account of Noah’s Ark to create a heart-pounding page-turner that will stay with you long after the flood waters have receded.

What Readers Are Saying

It is Noah's Ark meets Game of Thrones, unique and surprising."

The situation that develops where the animals defend the ark is a brilliant piece of writing and I was totally engrossed in this as it played out in my mind. So engrossed that I nearly missed my train stop on the way to work."

I told DH, 'Wow, if the Bible was written like this, it would be 20X longer, but EVERYBODY would want to read it!'"

I wish I could say it has been my lifelong desire to become a writer, that like so many famous authors the itch had followed me since childhood. It hasn’t. In fact, it wasn’t until four years after I’d retired from a 28-year police career that I gave any thought to the idea of writing fiction. That’s when I sat down for the first time and began typing a scene for a story that had been on my heart for years. I was fifty-four.

Still, I wasn’t about to let age get in the way of my embarking upon a new career, especially one I had become so passionate about. I was an ardent student of the Bible and felt the calling of God on my heart to take that learning and use it to further His glory. I was also a big fan of the Old Testament era, a time when God intervened directly, and often dramatically, in the affairs of man. My favorite of these was Noah’s Ark, and I dreamed of telling a story about how the animals rose up to defend it against an invading army.

Thus was the genesis of the idea for my first novel, Army of God. It is an effort to bring to life the characters of Noah’s time in a suspense-filled, action-packed adventure while maintaining full fidelity to the Scriptures.

Incidentally, that scene I wrote six years ago . . . it never made it into the story. But I doubt you’ll notice the difference.