The Case for Rain Before the Flood, Part II – Dennis Bailey 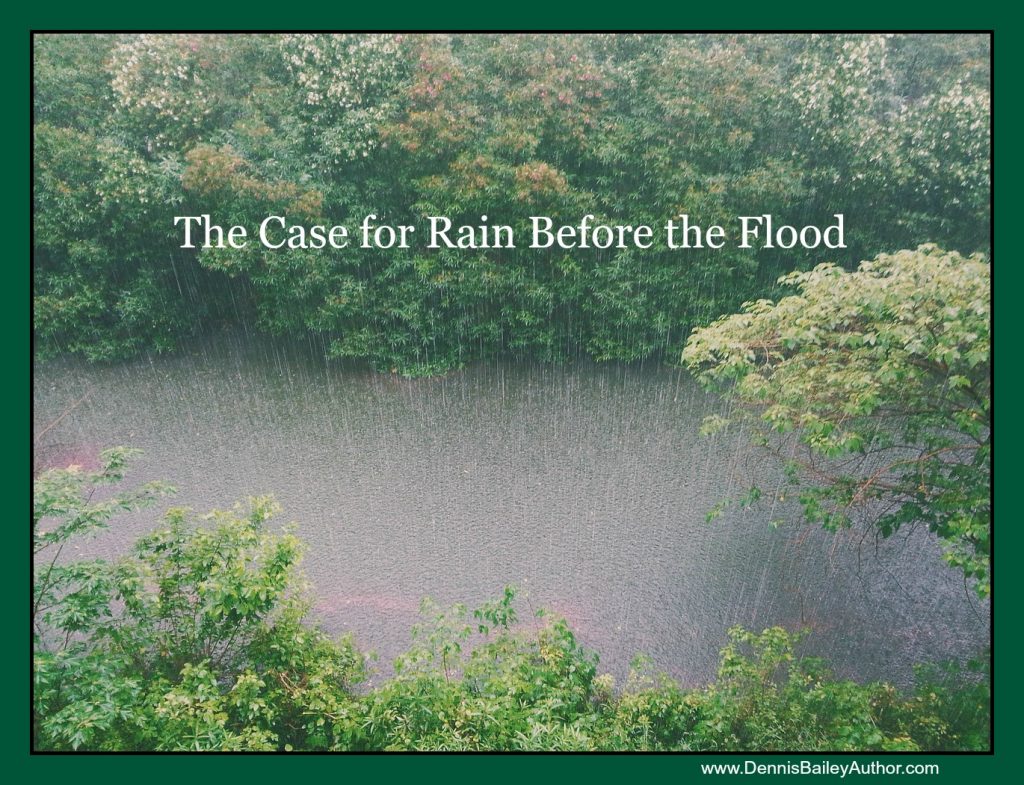 About the Author Dennis Bailey

sounds more like he lived in a tropical climate in teh garden, then left to some drier area; or the mist covered the earth like a tropical area, which is why tilling wasnt needed, and afterwards, thorns came up, indicating dry ground, and rain, meaning may be it didnt rain before they were kicked out and afterwards yes.

Thanks for stopping by and for taking the time to read and comment on the post. Interesting hypothesis you have. But then, that was one of the reasons for publishing the post–to stimulate the discussion of “what ifs.”

Have a great day!
Dennis